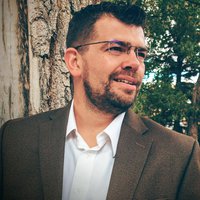 College of Engineering and Applied Science, University of Wyoming

Dr. Mike Borowczak is the Loy and Edith Harris Assistant Professor of Computer Science and Director of the Cybersecurity Education and Research (CEDAR) Center at the University of Wyoming. He has a Joint Appointment with Idaho National Laboratory and a decade of industry experience.

Dr. Mike Borowczak received his Ph.D. in Computer Science and Engineering in 2013. He is currently the Loy and Edith Harris Assistant Professor of Computer Science at the University of Wyoming, where he also serves as the Director of the Cybersecurity Education and Research (CEDAR) Center. He is a former hardware security architect and data scientist, having worked in both the semiconductor industry as well as several since-acquired startups. His research interests include Secure Distributed Systems, Security and Resilience of Autonomous Systems, Continuous and Adaptive Authentication, Cyber-Physical Systems and Applications, and Hardware-Level Security for Lightweight Agents. He and his students have published over 46 journal and conference publications. He is a senior member of the IEEE, ACM, and IET. His research has been funded (~$2.6M since 2018) by federal, national, state, and industrial entities, including the NSF, NSA, Idaho National Laboratory, State of Wyoming, and IOHK.