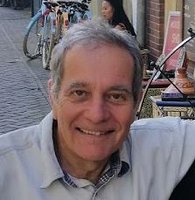 Johannes Cronjé is the Dean of the Faculty of Informatics and Design at the Cape Peninsula University of Technology. He started his career as a schoolmaster at Pretoria Boys High School, then became a lecturer in communication at Pretoria Technikon, and later a professor of Computers in Education at the University of Pretoria. He holds two masters degrees and a doctorate from the University of Pretoria, and was visiting professor at universities in Norway, Finland, Sudan, Ethiopia and Belgium. He has supervised more than 75 Masters and 80 doctoral students and has published more than 45 academic articles and chapters in books. He holds a C1 rating from the South African National Research Foundation, His research interests focus on how people learn from one another using technology. In particular his research and post-graduate supervision over the last few years has concentrated on how Web 3.0 technologies have caused a paradigm shift in the focus of learning from the individual to the system. As such his interest lies in the “Rhizomatic” nature of learning that has become increasingly facilitated by mobile learning. Recommender systems form an integral part of such learning as they both depend on and contribute to the rhizomatic learning system. In 2008 he won the African ICT Achiever award in the category Teaching and Learning, and in 2015 he was a visiting scholar at the KU Leuven on an Erasmus Mundus scholarship. He is married to Franci and they have three children, two dogs and two cats.