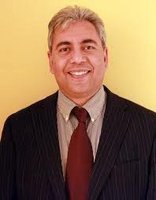 Dr. Fawzi BenMessaoud has been involved in higher education for over 29 years as an educator, administrator, and academic leader both at the campus and corporate level. He holds a B.S. in Computer Technology, an M.B.A. in Information Systems, and a Ph.D. in Information Technology. Dr. BenMessaoud is an active accreditation team chair and evaluator and has been serving on the Intermediate Review Committee (IRC) for the National Accreditation Organization (ACICS) in Washington DC, since 2001.

Dr. BenMessaoud has worked for several years as an Intelligence Analyst and instructed Intelligence language courses prior to being selected by the FBI as a special agent. He has conducted several technology integration programs and has designed, developed, and successfully mapped an Information Security Systems program to the NSA Information Assurance standards that received the NSA CNSS approval in 2007. Dr. BenMessaoud has directed several teams to design, develop, and deliver content, including interactive learning and assessment materials at all academic levels. He worked directly with Jack Welsh and designed the Jack Welsh MBA program that later became the Jack Welsh Management Institute. Dr. BenMessaoud has designed and integrated lab simulation to deliver Information Security System courses online. This project was selected among top 101 Best Practices in Integrating Technology with Higher Education for 2005 by Campus Technology magazine. He has also presented at several International and world conferences on instructional technologies, educational media, and technology Integration