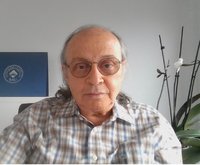 Ali Baykal was born in Konya, Turkey in 1945. He received his BS degree in Physics from Middle East Technical University in Ankara, Turkey in 1970. He obtained his MS and Ph. D. degrees in the field of Curriculum Development and Evaluation from Hacettepe University Ankara in 1973 and 1980 respectively. In 1974 he had already joined Bogazici University, Istanbul before he was given the doctoral degree. He offered courses and conducted research in the field of measurement in education, computer applications in education, and research methodology in education. He served as the chairman of The Department of Science Education between 1982 and 1997. He had been elected as a member to Bogazici University Senate twice. In 1998 he led the establishment of the Department Computer Education and Educational Technology. Within the years 1998-2002 he became the General Director of The Schools of Terakki Foundation in Istanbul. He played a leading role in the reformation and reorganization of the schools which roots back to 1877. In the meantime, he continued teaching in Bogazici University, in Yıldız Technical University, and in Mimar Sinan University. At the end of 2002 he rejoined Faculty of Education, Bogazici University where he became the Dean of the faculty in 2005. Ali Baykal published numerous articles in national journals and submitted dozens of papers to international conferences around the globe. He constructed “general aptitude tests” to be used in personnel selection programs of many financial and pharmaceutical companies in Istanbul. He worked as the editor of the Bogazici University Journal of Education for so many years. He served as a member of the Executive Council of UNESCO National Committee between 2006-2010. His major research areas are systems thinking in educational design, computer applications in teaching and assessment, with a particular emphasis on creativity. Currently, he is teaching at Bahcesehir University, Istanbul.